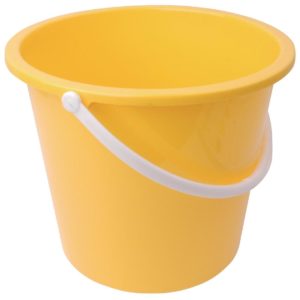 But today, I celebrate four years since my first book went live.

I’d like to be cliche and ask, where has the time gone, but I know where it went: to writing…and publishing.

Writing a book, and publishing it, was all I wanted to do. I wasn’t in it to make millions of dollars (although a few thousands would be nice!). I wrote for me (to fulfill my bucket list)…but then the publishing bug bit. That’s the sting you get where you think you can, and should, do this again and again and again, until twenty-three books later you are addicted to the process. Thankfully, my favorite part is still the writing.

So many people have told me, it is NOT a sprint (in publishing), it’s a marathon, but let me say a few things:

And when I look over my shoulder, I see some empty space behind me. Where did everyone go? Then I realize, many have pulled out of the race. And like it or not, when I feel alone, I try to remind myself – I’m still in it, even if I never cross the finish line.

Four years forces me to think back on all the advice I’ve received and the advice I wish I had gotten sooner. I’ve made more mistakes than I can count. I’ve had setbacks, and turnarounds; heart-aching pain from those I thought were colleagues and renewed faith with a better set of human beings. I’ve been told things happen with book 3, book 5, the end of a series, a new stand-alone, a new series, year two, year five. Try this promotion company or that group over there. Run Facebook ads, try AMS, twirl three times and throw glitter in the air.

Here’s the best thing I learned around year 2 – I had to do me. You are YOUR brand – whatever that may be: a fake personae on social media or the real deal (I’ve gone with the real deal option). Nothing will sell your books (and for that matter no one else) like you can. This, of course, panics me. I’ve had moments where I feel so rushed to learn everything, and as soon as I do, it all changes. And in four years, I’ve seen a lot of change. On thing I’ve had to accept: I cannot change the past.

More importantly, this time of year I try to pull up memories of what happened a month or so before I published. The reviewer who suggested I change my book from third to first, and I spent a week (each night until midnight) switching the point of view. The first glimpse of my first cover. The hitch in my breath as I stared at what would soon be a reality. The panic of using a “famous” formater, who told me she’d make final changes “the next day” when that day was the day set to submit to Amazon (I never used her again – first lesson learned). The first time I saw my book in real-time on Createspace and was flipping virtual pages as the book came to life. The moment the paperback came in the mail and I literally hugged it to my chest thinking “I did it.” And all the moments that followed, when I wondered: “What have I done?!”

I think the greatest accomplishment of publishing is finding my tribe. The people who read romance – no, devour it – and want to share, not only in my stories, but in my dream. Social media can be the devil, but I often don’t begrudge it because it opened doors for me I could never open on my own. Readers. Bloggers. Author friends. Reviewers. Cover Designers (I’ve had three). Formatters (I’ve had two; now I do it myself). Editors (I’ve had six). Content editors (I’ve had one – and if she leaves me, I don’t know what I’d do without her). Beta-readers (had a few but have found two favorites). Proofreaders. A photographer or two. The rare, occasional cover model (I’ve only used three).

Mostly, I want to address the readers. I’d like to be Oprah – a car for you, a car for you – but unfortunately, you’ll have to settle for a hug and the occasional free book. I thank the stars for readers. The people who review the book, buy the book, tell friends about the book. See me at signings. Have drinks with me at parties. Hang out with me in my reader room. Let’s be honest – if no one reads the book, it’s still a book – but it isn’t as sweet as someone messaging you to say they cried, or they loved, or they hated. It isn’t as fulfilling until someone says: I read it. And then I read it again. (My favorite compliment ever). That’s what books should do – build relationships, and I’m so grateful for the relationships I have. I’ve said it before, and I’ll say it again. It’s my dream. I wrote the book, but I’m sooooo thankful to have whoever wants to join along for the ride through this dream.

And as for that marathon, well, some readers stick with their signs and their cheers, and some move on to other runners. Either way, I’m still hoping to stay in the race. Wave if you want. I’m sure I’ll need a bathroom break and a cold one somewhere along the way too, so stop and chat. But in the meantime, I’m off to complete another book (more over 40 for those loving that romance)…and I’ll see you on the race track. Oh, and while you’re here, check out my new website by Christy Makes It Pop! (see more social media meetings!)

« Diary of a Lesser Author