The prodigal son. A second chance. The long kept secret.

I had returned. I hadn’t been here for seven years. That last summer, I was angry. Once I got away, I didn’t want to come back. The irony was the career I sought to escape this small town was the very reason I was here. My first movie was a featured film of the Traverse City Film Festival. As an independent film director, my premiere brought me back home. Home. A place I didn’t recognize.

Or maybe home didn’t recognize me?

I had it all in California: a girlfriend who was the daughter of a movie financier, a job that led to connections in the film industry, and a condo overlooking the ocean in Malibu. What I didn’t have was family. I had left them all behind. I was the prodigal son.

Now, the last person I expected to see was her. Britton McKay. She had been my summer love as a teenager. Not just once, but several summers. Until the last one. That was seven years ago. Now, she looked more beautiful than I remembered. Seeing her again, flooded me with memories long suppressed. She reminded me of everything I once had, and left behind.

Now, she had returned too.

Can lost romance be rekindled? Can unanswered questions be revealed?

Can I make this place my home again?

L.B. Dunbar reunites you with the Carter and Scott families as all are gathered for the annual film festival, a much anticipated wedding, and another summer weekend of Harbor Days.

Welcome back to Elk Rapids.

Your favorite families await with flashbacks, celebration, and heartbreak. 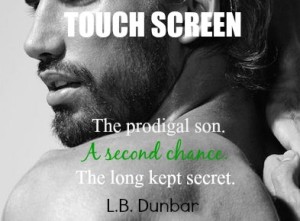